Use your charm and intimate wiles to attract the one of your personal desires. We love the idea of being enchanted by a temptress, being overpowered by a bewitching trance. Woo who you which to be with, or spellbind your lover into the moment you grave of sensual bliss. Intimate play may require playing along, but joining in is part of the sharing with a intimate partner.

The Beguiling History of beguile

A number of English words have traveled a rather curious path from meanings related to deception or trickery to something less unwelcome. A prime example is beguile, which first appeared in English around the 13th century in the sense “to lead or draw by deception.” For the next several centuries, most of the senses of the verb had to do, in one manner or another, with deceiving. Around the time of Shakespeare, however, the word took on a new sense, “to charm.” In a similar vein, fun was first recorded at the end of the 17th century as a verb meaning “to hoax or trick (someone).” It wasn’t until the middle of the 19th century that it began to be used as an adjective indicating that something was enjoyable. Amuse likewise started its life as a verb meaning “to divert the attention of (as from the truth or one’s real intent).” Source: Merriam-Webster 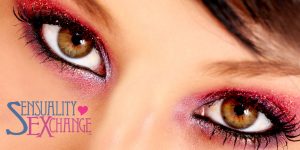